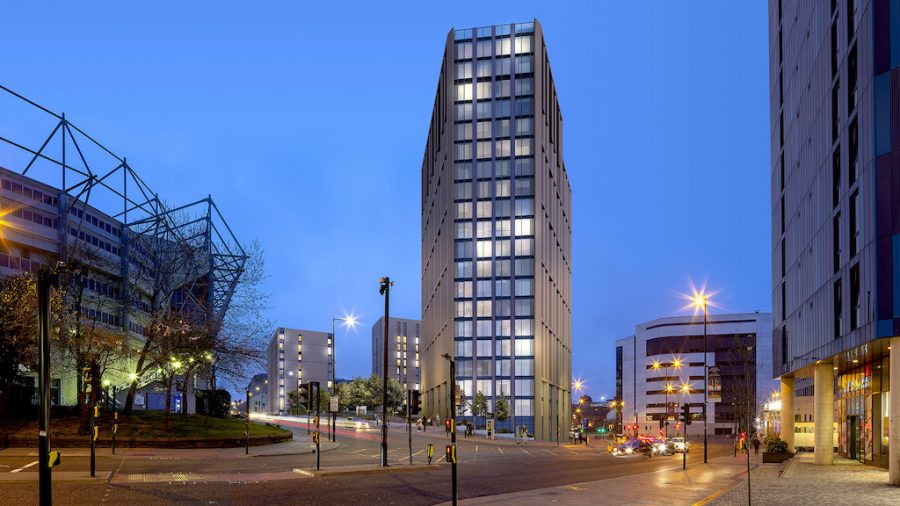 A significant milestone has been reached in the planned £120m regeneration of Newcastle’s Strawberry Place after The High Street Group finalised the purchase of the land for the project.

The Newcastle-based group is now the sole developer on the site following the purchase of the full remaining share capital in the development vehicle.

The deal will enable The High Street Group to embark on the first stages of construction on the site, which is adjacent to St James’ Park stadium.

A construction partner is set to be appointed to the 2.3-acre scheme shortly and discussions are ongoing with potential occupiers.

Strawberry Place will feature more than 300 rental apartments, a 100-bed hotel and office space. It will also boast attractive public spaces bordered by a range of bars and restaurants. Among them will be a ‘Geordie’ themed venue that will celebrate the city and enhance the matchday experience for Newcastle United fans, as well as visiting supporters.

Gary Forrest, chairman and founder of The High Street Group, said: “This is an important milestone in the regeneration of Newcastle, which will encourage more investment, job creation and, ultimately, create a new, vibrant community at the very heart of the city.”

“With the completion of the land and shareholding acquisitions, we are in a position to embark on the development of Strawberry Place and further progress our discussions with potential occupiers who are keen to be part of our growing and welcoming city.”

The High Street Group were supported in this deal by the corporate and commercial property teams at Mincoffs Solicitors led by Partner John Nicholson and Ryan Bannon.

John said “The team were delighted to act for The High Street Group on yet another significant transaction in the North East.  It is a very exciting project which will benefit the City and we can’t wait to see it come into fruition.”

The High Street Group is behind a number of developments in Newcastle, including the city’s tallest building, Hadrian’s Tower. Located just a few hundred metres from Strawberry Place, the 27-storey building will feature 162 luxury apartments and a roof top champagne lounge with 360-degree panoramic views of the city.