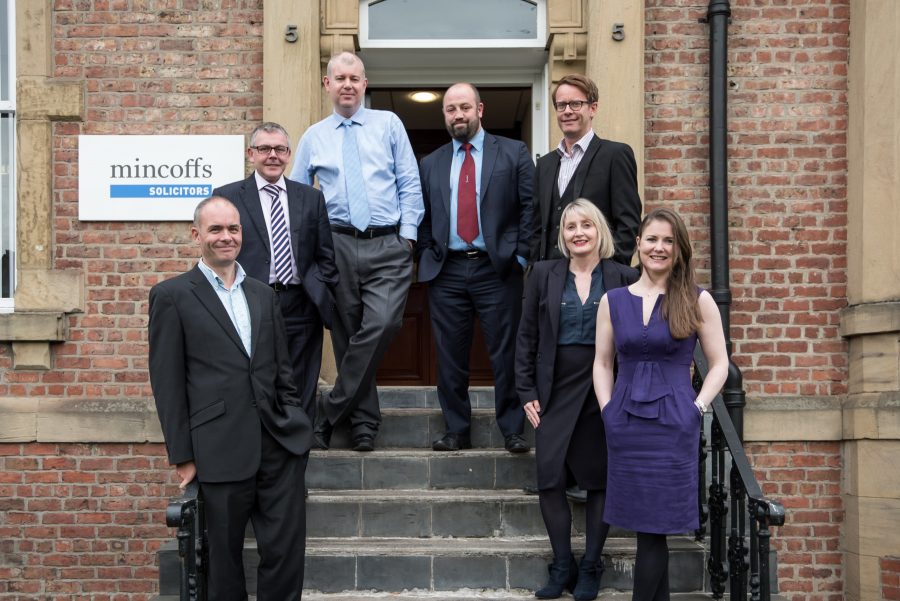 Mincoffs: ‘Excellent in all areas.’

One of the most established firms in the region, Mincoffs has looked after businesses and people for 70 years. Always well regarded for excellent service delivery, the recognition received in the latest Legal 500 report is down to the “culture, engagement and expertise of our people” says senior equity partner Paul Hughes.

The corporate team is cited as the “go-to team in the North” for “premium” corporate advice.  2016 was a great year for the team, with 42 transactions and over £350 million worth of deals being completed across a range of sectors. Highlights include Cairn Group’s acquisition of 5 Hotel Collection Hotels, including local hotel Redworth Hall and a multi-million mandate from the Lugano Group.

Led by the “exemplary” Paul Hughes and the ‘highly rated’ John Nicholson, the corporate team doubled in size in the last 11 months.  2017 has seen continued success with 41 deals completed by September 2017. Highlights include the Lloyds Development Capital investment into Parsons Group and transactions relating to THDA, Cooper & Turner, Litterboss and Wesstel Communications.

The commercial property team, led by Ryan Bannon, has acted on several high profile developments within and outside the region, including a large private rented scheme in the South West. The team also doubled in size and delivered transactions well in excess of £200 million value last year, whilst being on track to handle greater deal volumes and values this year.    Property litigation head Susan Roberts was noted as being ‘understanding, knowledgeable and responsive.’

The commercial team was recognised separately for its expertise in the Intellectual Property, Technology, Media and Entertainment sectors with department head Antony Hall described as being “thorough, detailed and a genuine sector expert”.

Stewart Irvine was recognised again as a “leading Individual” and head of a “premier league” litigation team who are “excellent in all areas”. Employment head Nick Smith is praised for “delivering accurate, expert and pragmatic advice”. Matt Foster, head of licensing, was recognised as a “leading individual” with “a tremendous work ethic”.

The growth and success of the private client teams at Mincoffs is also reflected in the Legal 500. Lyn Rutherford was named again as a “leading individual” for matrimonial matters and work on high-value cases.

The wills and probate team, headed by Louise Miller continues to grow with the recent appointment of Victoria Richer and Louise Peacock.  The private client offering is completed by the well regarded residential conveyancing team which continues to grow in both personnel and market share.

Paul Hughes says: “The teams continue to go from strength to strength, advising businesses and people in the North-East and nationally. It’s really pleasing to see this being recognised.  We differentiate ourselves on our service lines and by building long term relationships. We have the expertise and resource to handle complex projects, whilst having the flexibility to tailor our services exactly to what clients want with a minimum of fuss, and a personal touch. Our people add value. It’s just who we are.”