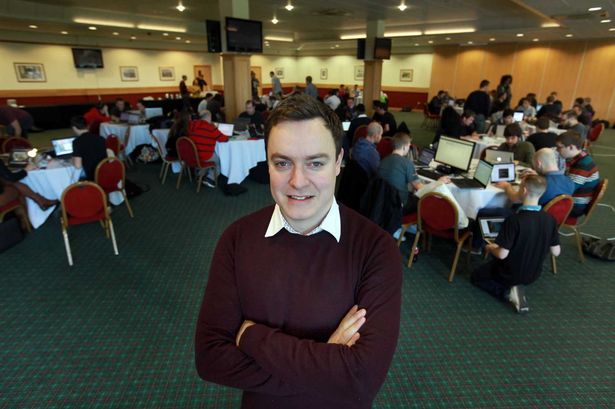 The Newcastle firm will supply a new core digital platform for Rank Group, which has more than two million customers in the UK.

The Gosforth-based business, set up two years ago by Dan Smyth and Joe Saumarez Smith, is poised to move into new offices after being enlisted by UK gaming giant Rank to supply its new core digital platform.

Rank, which serves more than 2.7m customers, also has the option to invest in the Newcastle firm through a convertible loan.  The deal marks a major coup for Bede – which beat national player OpenBet to the deal – and has the potential to create large numbers of jobs over time, while also trebling current turnover of £1.5m.  The agreement was announced in a London Stock Exchange note as part of Rank Group’s interim results, in which the firm detailed how Bede will supply its new core digital platform.

It follows more than 16 months of talks between the two firms, and a 16% increase in digital revenues at Rank Group, which operates the Mecca and Grosvenor Casino brands across the UK and online and Enracha in Spain.  Mecca has more than one million customers a year and operates 96 venues around the UK, while Grosvenor Casinos has 58 clubs – including Newcastle, Sunderland and Stockton – serving in excess of 1.7m customers.

Henry Birch, chief executive of The Rank Group Plc said: “The rationale for a new platform is to give greater control, flexibility and speed in integrating third party and retail content and functionality.  The group believes that over the course of time the new platform will improve customer yields by allowing improved CRM and analytics capability. Alongside a platform agreement, Rank has the option to make an equity investment in Bede Gaming via a convertible loan.”

Since it was established in 2012 Bede has grown to host more than 20 casino and bingo we sites to countries across two continents, employing more than 110 people, including apprentices.  The deal represents a step-change for the firm and is likely to lead many more Tier One gaming firms to take notice, possibly leading to more similar deals, and further growth.

In the meantime, a recruitment drive has been launched while the ink still dries on the deal’s paperwork, as a direct result of the increased workload.  The firm is also due to move into new state-of-the-art premises at a three-storey office at Great Park in April, which will feature a free canteen, a shop, a live wall with bespoke plants to crawl around the walls and an auditorium.  Bede is taking over one storey, which is two-and-a-half times larger than the Gosforth offices, but has the rights to all three floors.

Dan Smyth said: “It’s great news that the deal has finally been completed and it’s also great news for the North East. As for job creation there’s huge potential for us.  We’re bringing more highly-skilled jobs into the area and we’re on the hunt yet again for the top talent in the North East.  We’re all excited to be moving into the brand new software development office and we want all of the top IT engineers to come and work with us there.  In the last four months we’ve taken 30 new people and we’re aiming to take on another 30 in the next six to nine months.  We’ve got some other interesting deals in the pipeline, so hopefully this is just the first Tier One win for Bede in Newcastle.”

Newcastle law firm Mincoffs acted on behalf of Bede Gaming on this transaction. The firm’s Partner and Head of Commercial Antony Hall said; ” We are delighted to have acted on such a significant deal and played an important part in Bede’s ambitious expansion plans. We look forward to continuing our long term partnership together.”