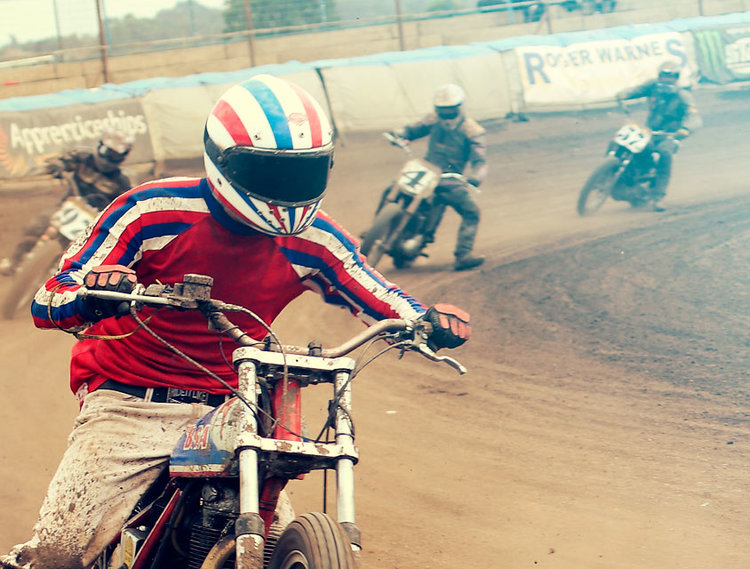 North One Television is pleased to announce it is the new promoter and owner of the DirtQuake brand and event.

Irreverent racing is at the heart of DirtQuake. The action takes place on high-adrenaline, loose-surface oval circuits without the hassle, rules and costs usually associated with motorsport. Dirt Quake is inclusive – giving riders, enthusiasts and even pro-racers a unique chance to take on all-comers.

North One plans to hold races in the UK, Europe and US in 2017/18 on mud, snow and sand, allowing more bike fans than ever before to take part live and watch the show on television.

With an ITV television deal already in place and multiple sponsors coming on-board, the company plans to grow DirtQuake globally building out numerous events around the world in the coming years.

The next DirtQuake – at King’s Lynn in Norfolk on July 7th, 8th and 9th 2017 – will be the first event that receives television coverage, with a one-hour special planned for ITV4 at 8pm on Wednesday 12 July. It will also be super-sized compared with previous years, with the event held over a weekend rather than on a single day.

Well-known names in motorcycling, particularly Guy Martin, have raced at DirtQuake every year and he will return in July, along with the likes Carl Fogarty and Neil Hodgson.

Commenting on the acquisition, Neil Duncanson, CEO North One Television, said: “Guy Martin introduced us to DirtQuake a few years ago and we’ve been watching the event grow with interest. What Gary Inman has created is a micro-festival that celebrates our collective love of motorbikes. We don’t want to change the DNA of the event but we certainly want to build on it. The UK DirtQuake only happens once a year in Norfolk, and we think more people around the world will welcome an event like this. We’re in the business of building an audience, both live and on television, and are making a major investment in DirtQuake to make that happens. I’m very confident the event will be rewarding for anyone who loves bikes.”

Gary Inman, founder of DirtQuake said: “I’m very pleased that a business with the track record has recognised what’s great about DirtQuake and am confident they are the right people to take it to the next level. We have had five amazing years growing this event from nothing, primarily for fun, and I’m very proud of what it’s become and will go on to. I’ll be staying on as a creative consultant to ensure DirtQuake continues to grow successfully.”

The Corporate Team at Mincoffs were delighted to act for Gary Inman on this deal, which was led by Partner John Nicholson and supported by Chris Hughes. John stated: “this has been a really interesting project for us to work on and we have enjoyed working with Gary – we wish his all the best for the future.”