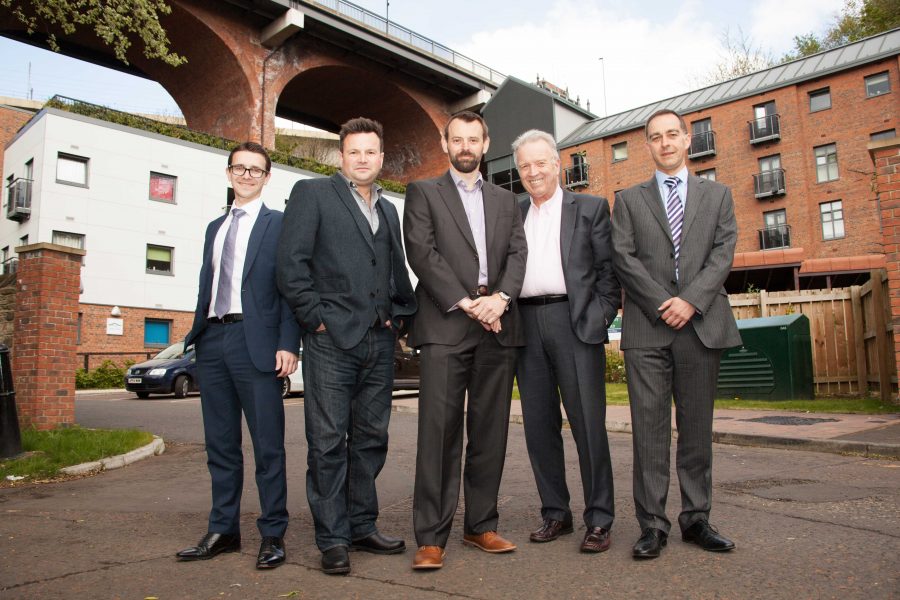 Fast-growing Newcastle based Sadler Brown Architects has continued its expansion plans with the acquisition of Gosforth based Anthony Keith Architects (AKA) for an undisclosed fee.

Part of the Sadler Brown Group, the award winning architects have recently won a number of major new design contracts, including new rail stations, infrastructure work for Nexus and Network Rail and other high profile commercial and residential design projects.

The timely acquisition of AKA is seen as a perfect fit for the groups growing team and expansion plans.

Sadler Brown Managing Director, Tony Harmieson said “We are delighted to announce the purchase of Anthony Keith Architects. This is a strategic acquisition for our group and AKA has an unquestioned reputation and history for delivering a broad range of successful architectural design projects across a number of key sectors.

“Expanding our team via the acquisition of AKA, will allow us to expand and grow our client base further whilst continuing to provide the excellent level of design service we are presently delivering.”

AKA was founded in 1986 by Anthony Keith and predominantly focuses on new property builds, extensions and renovations and has delivered projects in a wide variety of sectors including veterinary, ecclesiastical, healthcare, residential, commercial and education and will continue to trade under its brand name “Anthony Keith Architects” for the time-being.  Lead AKA architect Dan Cogdon will continue his shareholding in the new company.

Sadler Brown were advised by the Corporate Team at Mincoffs Solicitors, led by Partner John Nicholson and assisted by solicitor Chris Hughes. John said “Chris and I have no doubt this is an excellent move for Sadler Brown and we look forward to working more closely with them on their future expansion projects and acquisitions.”

Sadler Brown has seen its headcount increase from eight to 28 people over the last two years, and following recent investment from the ‘Finance For Business North East Growth Fund’, the Newcastle-headquartered firm is aiming to break through the £2m turnover barrier and reach 50 employees in the next year.

Sadler Brown came together after a series of mergers through its current Creative Director, Kevin Brown and Managing Director, Tony Harmieson who joined the firm in 2015.

One of just a handful of UK architecture practices to be delivering projects to BIM (Business Information Modelling) Level Three accreditation, Sadler Brown is set to have its work featured for a second time on Channel Four’s flagship Grand Designs programme later this year.